To be a safe, efficient, profitable and environmentally conscientious concrete manufacturer committed to product quality, sustainability and customer satisfaction. This will be achieved through the development of long-term partnerships with our customers, suppliers and employees. Together we will benefit from our objectives of continuous improvement and innovation. 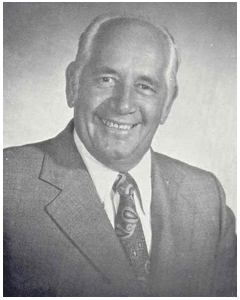 Nacho Naneff was born and raised in Bulgaria and graduated in Civil Engineering from the University of Karlsruhe in Germany. Upon completion of his degree, he found that his father’s flour mill business in Bulgaria had been nationalized under communist rule and he realized that he had no future in that country. With optimism and the spirit of adventure, Nick arrived to Canada in 1951 with no money and a very limited knowledge of the English language.

Settling in Sudbury, Nick, as he was known by all his friends and associates, worked as an employee of one of the local mining companies for a short time. Recognizing the opportunities in the construction industry in Northern Ontario, he started a small block plant with one employee in 1953.

In 1957, Nick was joined by his wife Gina from Germany and they built their home on the north shore of Lake Ramsey, where they raised their two boys.

Active in community affairs, Nick was Past President of the Rotary Club of Sudbury, a member of the Sudbury & District Chamber of Commerce, Director of the Sudbury Theatre Centre, supporter of various hockey and baseball teams and is the first Vice-President of the Ready Mixed Concrete Association of Ontario. His hobbies were his family, home, fishing and horses.

Through hard work, dedication to the needs of customers, imagination and foresight, Nick worked diligently on expanding the operations. He transformed the small 2-man operation into the largest, most modern of its kind in Northern Ontario.

Until his passing in 2008 at the age of 89, Nick played an active role in Rainbow’s operations. He remained a man of vision and optimism, and had the greatest faith in the continued expansion and business opportunities in Sudbury and Northern Ontario. His youngest son, Boris, has now taken over the reigns, sharing the same vision as Nick Naneff.

Rainbow Concrete continues to follow in his footsteps, to continuously provide quality products and service to our valued customers.